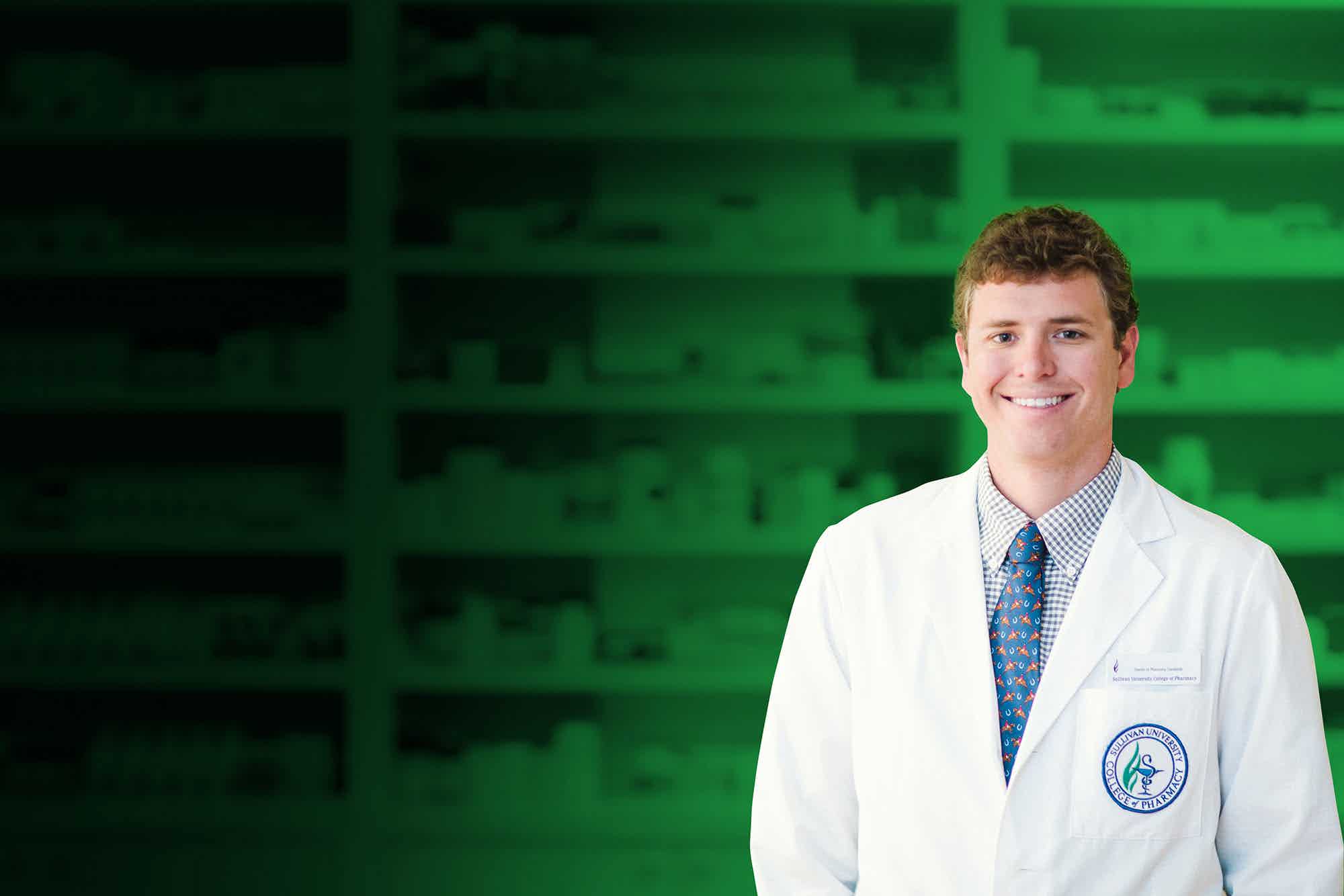 A pair of Sullivan University pharmacy school graduates are being celebrated and recognized as examples of how hard work, perseverance and dedication can result in the success of earning an advanced degree in healthcare.

Fuzhong Tang and Ibrahim Mattiche graduated from the Sullivan University College of Pharmacy and Health Sciences (SU COPHS) on June 26, returning to the college where they both began their education in the Pharmacy Technician Program.

After completing the Pharmacy Technician program, both students set the goal of returning to Sullivan for their Doctor of Pharmacy degrees. This required them to fulfill other pre-requisite courses, which they did at the University of Louisville.

“The graduation of Fuzhong Tang and Ibrahim Mattiche is a tribute to the hard work and dedication of these two students in fulfilling their dreams of becoming a pharmacist,” said SU COPHS Dean Dr. Misty Stutz. “It is clear they have a true passion for pharmacy, and I can’t wait to see all of the wonderful things they will do with their careers. Their accomplishments have shown that with true grit, you can achieve your dreams, and I am honored that they chose Sullivan to fulfill those dreams.”

Mattiche delivered the commencement address during the June 26th ceremony.

“It was a great honor to be selected by my colleagues to deliver the commencement speech at graduation,” Mattiche said. “Sullivan offered everything I was looking for in a PharmD program. A program near my home in Louisville, smaller classes with low faculty-to-student ratio, and all the perks of a large program.”

“My favorite part about attending Sullivan is that you find yourself part of a family from the first moment you step a foot into campus,” he said “It is such a wonderful and unique characteristic about this college. I would encourage every student that’s interested in attending Sullivan to join ‘The Sullivan Family’.”

Tang said his favorite part about attending Sullivan was what he described as “the freedom”.

“I was free to pop in a professor’s office when I had questions and concerns,” Tang said. “Sullivan is very family-oriented. The faculty and staff’s best interest always lays on students’ success.”

Now, the graduates are preparing to launch their pharmacy careers thanks to the combination of hard work and the program offered at SU COPHS.

Mattiche is preparing for postgraduate training at a medical center with an eventual goal of becoming a critical care pharmacist. Tang’s career goal is to become a clinical pharmacist “and provide the best care in my abilities for my patients”.

Tang’s advice for students considering a career as a pharmacist: “If you try,” he said, “Sullivan will help you get where you want to be.”