A Behind the Scenes Glimpse of Experts in Action

After your morning in the labs, your parents or guests are then welcomed back on campus to enjoy the lunch that you prepared.  Immediately following, you will be awarded a certificate of completion to be provided to your school to serve as proof of your college visit experience.  The event concludes post lunch with optional campus and housing tours.

Students traveling to our Louisville campus to choose the culinary track or baking and pastry track.

Students traveling to Lexington will experience a mixture of culinary and baking skills.

February 10th, 2023 - Louisville Participants have the option to arrive on Thursday 2/9 and stay the night at Gardiner Point Residence Hall

Each event option is limited to 24 participants per session.

New this year, Chef Shadow Louisville students will have an opportunity to stay overnight at the Gardiner Point Residence Hall the day prior to the event.  Please select this option on the registration form if you would like this option and additional waivers will be sent via email. 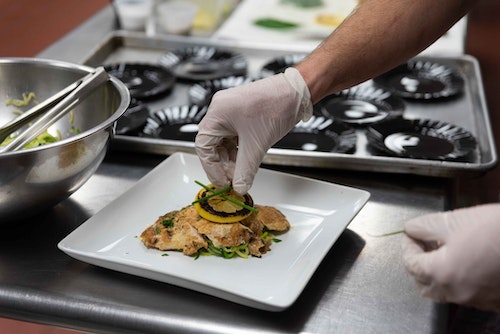 Would you like the overnight option for the Louisville Chef Shadow?

You can check into Gardner Point Residence Hall on Thursday, February 9th between 5pm-7pmET. You may enjoy dinner between those times at our café in the residence hall as well.

Breakfast will be served in the same café area in the morning of the Feb 10th.

A bus will take you from Gardiner Point Residence Hall to our main campus at 3101 Bardstown Road at 8am. Please have your luggage with you!

Your parents are welcome to enjoy the lunch that you prepare with you at noon on 2/10 or be at the main campus to pick you up around 1pm.

There are 4 additional waivers that will be emailed to you to be completed and emailed back prior to your stay at Gardiner Point. 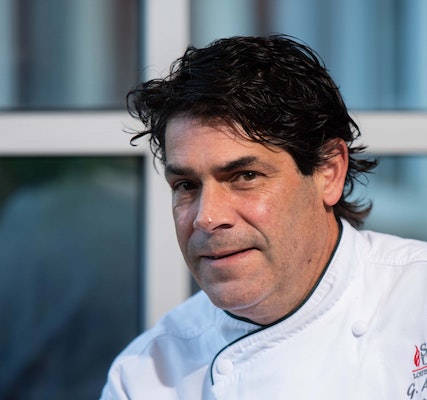 Chef G. Allen Akmon is the Director of the Culinary Arts programs at the Louisville campus. Chef Akmon has been with Sullivan University for 17 years, teaching and administrating on both campuses.

During his tenure with College of Hospitality Studies, he has taught all culinary disciplines in lab and subsequent theory classes and has become a passionate specialist in International Cuisines. Chef Akmon’s culinary education began at the age of 15 as a dishwasher and later prep cook at Giovanni’s Italian Village, a small, family-owned restaurant in Marin County, CA. He graduated from Johnson & Wales University in 1990 with a degree in Culinary Arts. After a promotion to chef de cuisine at The Café at Wexford in Hilton Head Island, SC, Chef Akmon secured employment in Morgins, Switzerland, a small ski village in the Swiss Alps. After one winter season at The Hostelerie Bellevue, he began working at the five-star leading hotel of the world, Grand Hotel Victoria-Jungfrau in Interlaken, Switzerland.

Upon leaving Switzerland, Chef Akmon spent a summer season in Le Lavandou, France on the French Rivera before leaving Europe to spend six months exploring Nepal, India, Thailand, Indonesia, and Malaysia, completed with a full session of Thai cooking instruction at the Oriental Hotel in Bangkok, Thailand. The final destination of this journey was Sydney, Australia, where Chef Akmon worked as the chef de cuisine for Juste Nous, Sydney’s largest catering company.

Just prior to arriving at Sullivan University, Chef Akmon spent five years as executive chef within the Precision Restaurant Group in Colorado Springs, CO. Since arriving at Sullivan University, he has become certified by the American Culinary Federation (ACF) as an executive chef, a hospitality educator and as an accredited certification examiner. By 2005, Chef Akmon graduated with his Bachelors in Hospitality Management Supervision, and with an MBA and is now pursuing his Registered Dietician degree.

During his time at Sullivan, Chef Akmon has been involved in some unique activities. He has acted on multiple occasions as the private chef to the Ruler of Dubai, Sheikh Mohammed Al Maktoum and his wife Princess Haya of Jordan. He is a consulting expert witness in restaurant legal issues and continues to change the way people eat through his efforts in educating about healthier options through the Harriet B. Porter Cancer Foundation and the Louisville Mayor’s Healthy Hometown Movement. Chef Akmon continues to work annually with Churchill Downs and the Taste of Derby to highlight many Sullivan students who assist celebrity chefs from all over America both on and off campus in the name of hunger relief.

Chef John Foster CEC, CHE, is a full-time instructor and the Director of the Culinary Arts programs at Sullivan University's College of Hospitality Studies (CoHS) in Lexington, Kentucky. He joined the Faculty in August of 2006 and is responsible for teaching Advanced Technique, International Cuisines and The Externship Program.

Chef Foster has spent the past 20 years of his career as a working executive chef here in Lexington. The restaurants he has been involved with are noted for their dedication to local and seasonal ingredients, a focus on fresh flavors and attention to detail in all facets of the kitchen. Dudley’s Restaurant was the first executive chef position for Chef Foster in Lexington and he used the restaurant as a platform to promote many regional growers and producers. The campaign for local sustainable food continued through positions as a corporate chef for Joseph-Beth and as the chef owner of Harvest Restaurant until he sold it in the spring of 2006. He and his wife Nance Everts are co-owners of The Sage Rabbit located a short block away from their original restaurant in the Chevy Chase neighborhood of Lexington. The Sage Rabbit continues their commitment to local and sustainable food in relaxed and comforting surroundings. With an emphasis on fresh ingredients with a creative approach the Sage Rabbit is the realization of their work.

Before coming to Kentucky, Chef Foster worked in New York City and in upstate New York’s wine country. He is a 1989 graduate of The French Culinary Institute and a 1998 recipient of the school’s Culinarian of the Year Award honoring the schools outstanding graduate in the culinary field. 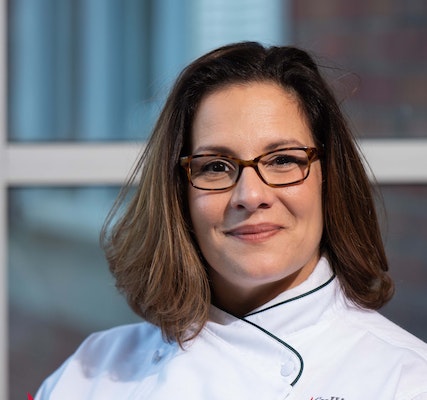 Chef Gleason began her teaching career at Sullivan in 2003. She is a fulltime instructor within the Baking and Pastry Department and an adjunct instructor for the Hospitality Bachelors program. Throughout her tenure at Sullivan, Chef Gleason has taught in the culinary, baking, and catering programs. American-Italian roots fuel her passion for all things culinary and baking, as food expresses a way of life. She has been involved in the hospitality business since she was 15 years old. Prior to her teaching career, she assisted in the front of house management and worked her way from prep cook to head of garde manger and pastry chef. She has worked with Lactalis Food Service, spoken locally and nationally on cheese and beer production, food pairings, and food styling for Food & Dining Magazine, KY Monthly Magazine, and appeared on local television.

Community and kids drive her to passion to volunteer for charities such as The Salvation Army, Dare to Care, and local farmers markets. She holds a Servsafe Proctor/ Instructor Certification and was secretary of the American Culinary Federation (ACF) from 2005-2008, Knowledge Bowl coach in 2004, a member of the Salvation Army advisory board, and voted Local ACF Chef Educator twice, member of the ACF, and is a member of Les Dames de Escoffier. Chef Gleason is also a new student mentor, on the CoHS Scholarship committee, and the Diversity and Inclusion committee for the University.