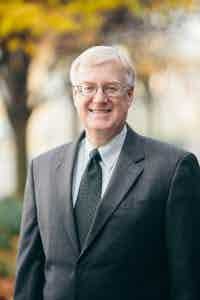 David Keene, a veteran of higher education administration, has been appointed Vice President of Community Partnerships for Sullivan University and will work on expanding the university’s presence throughout the state of Kentucky and beyond.

Keene’s responsibilities in his new role include promoting growth in enrollment, enhancing the recognition of Sullivan throughout the region and increasing clinical site development to support the current and soon-to-be merged medical programs. The Sullivan University System announced earlier this year the merger of Sullivan University, Sullivan College of Technology and Design (SCTD) and Spencerian College. The impending merger is expected to be completed by mid-2018.

“I’m looking forward to this new era for Sullivan University,” Keene said. “The synergy that will result from the merger of the three institutions will allow Sullivan University to provide many opportunities to communities and individuals throughout the Commonwealth and beyond. I’m excited and very much looking forward to providing the best service possible to all parties involved.”

“David Keene’s long and dedicated services to the organization has been exceptional over the years,” said President and CEO of Sullivan University, Dr. Jay Marr. “We are thrilled to have David committed to this new role that will help continue the university’s growth in size and sophistication.”

Keene is a Sullivan University graduate, earning his Executive Master of Business Administration degree from the university. He attended Indiana University to earn his Bachelor of Science degree in Business Management.

With over 30 years of experience within the Sullivan University System, Keene originally joined the Louisville Technical Institute (now SCTD) as a Department Chair. He then became the Academic Dean and was quickly promoted to the Executive Director position in 1987.

Keene has been involved with the Kentucky Association of Career Colleges and Schools for nearly 20 years; he has served as a Board Member, President-Elect and President. He is also a Board Member of the Bluegrass Higher Education Consortium, an organization made up of regionally accredited college and universities in the bluegrass region of Kentucky to promote a variety of educational initiatives.

The University offers numerous certificates, diplomas, and degrees in career-oriented programs, ranging from business, pharmacy, human resources, technology, supply-chain management, culinary and baking and pastry arts, hospitality studies, conflict management, nursing, allied health sciences and legal studies. Sullivan University is a part of the Sullivan University System, which includes Kentucky campuses in Louisville and Lexington, an extension in Fort Knox, and The Sullivan University Centers for Learning in Northern Kentucky and Louisa, as well as an online division.