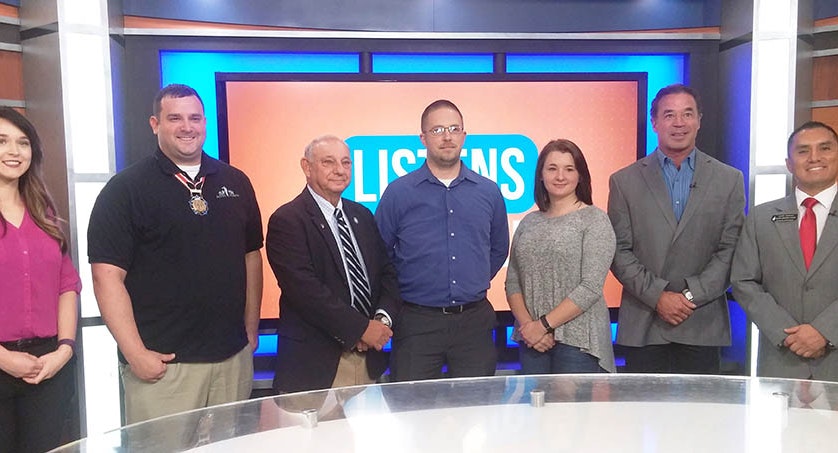 LOUISVILLE, KY – A U.S. Marine who served in Iraq and Afghanistan and is now pursuing a career in public safety and the member of a U.S. Army Reserve unit in Louisville who plans to study human resources have been awarded the 2016 Sullivan University Active Heroes Scholarship.

Alex Miner, who served 10 years in the U.S. Marines, received a full scholarship to Sullivan University where he plans to pursue a Justice and Public Safety Administration Associate Degree. A single father of three who is working as an assistant restaurant manager, Miner wears a memorial bracelet in honor of a fallen Marine he served with overseas.

Samantha Brown received a partial scholarship to Sullivan University where she plans to pursue a Human Resource Leadership Bachelor’s Degree. Brown, 19, joined the military at 18 shortly after graduating from high school. She manages personnel records for her U.S. Army Reserve unit in Louisville.

“We chose two veterans that, among many personal experiences and skills, also will inspire other veterans to pursue higher education at Sullivan University,” said Sullivan University Military Admissions Officer /Project Manager Jorge Pazmino. “Sullivan University is proud to assist veterans to prepare for fulfilling careers after military service, with emphasis on business and technology-related fields,” Pazmino said. “Our fundamental objective is to enhance the educational and professional development of veterans.”

For more information on the Active Heroes Scholarship, see page 22 in the Sullivan University Student Catalog.