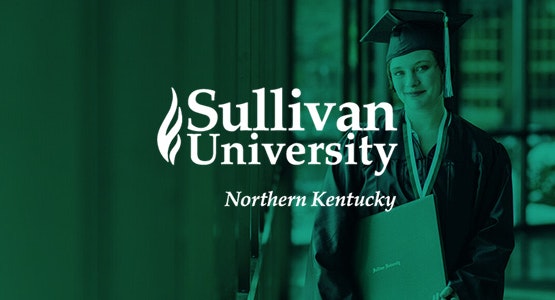 Sullivan University, which for more than 50 years has provided students with higher education opportunities to improve their lives, is bringing its career-focused education programs to Northern Kentucky.

Based in Louisville, Sullivan University plans to offer classes later this year in the former Columbia Sussex building on Grandview Drive adjacent to Interstate 75 in Fort Mitchell.

Sullivan’s history of working closely with the business community to design education and skills training programs for employers will be a major asset in the region, said Northern Kentucky Chamber of Commerce President Trey Grayson.

“Workforce development is one of the major issues facing Northern Kentucky and a top priority of the Chamber,” Grayson said. “Sullivan University has a tremendous reputation and track record of success when it comes to providing the education programs and training that meet employer demands. We are excited about assisting Sullivan, which recently became a Chamber member, making and enhancing connections in the Northern Kentucky business community.”

“This is exciting news for Sullivan University, for the residents of Northern Kentucky and for the employers in Northern Kentucky,” said Sullivan President Glenn Sullivan. “Northern Kentucky is a vibrant community with a growing, diversified and dynamic economy that aligns perfectly with Sullivan’s career-focused education programs that prepare students for their life and professional goals while providing employers with a trained and skilled workforce.

“Led by Dr. Berling, an experienced and accomplished educator and administrator who knows Northern Kentucky’s education and workforce needs, we are anxious to begin offering classes in the region,” President Sullivan said.

The Sullivan University Center for Learning–Northern Kentucky initially plans to offer education programs that are tailor-made for some of the region’s largest industries, including Logistics and Transportation Management; Business Administration; Healthcare Management; Conflict Management; as well as all of the outstanding online programs offered by Sullivan University.

“Sullivan’s offering of career-focused education programs are right in tune with what Northern Kentucky employers need right now,” Dr. Berling said. “I’ve been watching Sullivan for the last decade or so as the university has increased its presence in Kentucky. It’s an organization I’ve long admired and I’m honored to be part of the University’s expansion into the community that I am proud to call home.”

Sullivan University, which celebrates its 54th anniversary this year, already has established relationships in Northern Kentucky by forging articulation agreements with the Campbell County, Grant County, Williamstown and Fort Thomas school districts for its renowned culinary program at the National Center for Hospitality Studies at Sullivan University, which allows students to use high-school credits in certain culinary programs toward their degrees at Sullivan.

Logistics is one of the fastest growing industries in the region, so much so that the Cincinnati Business Courier dubbed the Northern Kentucky/Greater Cincinnati area “the Silicon Valley of Logistics.”

Lacy Starling, one of the owners of Legion Logistics in Florence, said she was “excited to hear” that Sullivan University was bringing its Logistics and Transportation Management Program to the new Northern Kentucky Center for Learning because the industry needs skilled workers.

“Our regional economy needs more skilled supply chain and logistics employees,” said Starling. “Programs like Sullivan’s are the only way we are going to fill that gap.”

Union, Ky., resident Carol Coley was suffering from a medical condition when she met a Certified Medical Assistant (CMA) who impressed her. She decided to pursue a CMA and enrolled at Sullivan University to begin studying for an associate degree.

“Sullivan not only worked with me on the classes I needed to take, but they also identified that what I was really interested in was cardiac care,” Coley said. “Through their Career Services, they helped me get my first job. And now I’m taking the knowledge that I’ve learned on the job and studying at Sullivan for my bachelor’s degree. ”

Specialist for a top medical sales company, said thanks to Sullivan’s online classes, she doesn’t have to leave her Boone County home to continue her educational goals as well as continue growing in her career. She recently received a scholarship from Sullivan based on an essay that she wrote regarding how Sullivan has contributed to her ongoing educational and career development.

“I can’t say enough about Sullivan University,” she said. “They understood what I wanted out of an education, and more importantly, they really understood me because they took the time to get to know me. They make it so easy with online classes and a curriculum that really does teach what you need to know out in the business world.”

Joi Johnson of Cincinnati holds master’s degrees from Sullivan in Conflict Management – one of the programs Sullivan is initially bringing to Northern Kentucky – and Human Resource Leadership. She is now considering returning to Sullivan to pursue her doctorate.

“I had a great experience at Sullivan from start to finish,” said Johnson, who works at a large Cincinnati health insurance company. “The admission process was simple and to the point, and I worked with my advisors to get the classes I needed. The education I received was great and I have recommended Sullivan to friends and family based on the experience I had there.”

“I’m extremely excited about building something from the ground up,” said Dr. Berling, who grew up in Ludlow and now lives in Edgewood. “Throughout my career, I’ve always been adept at moving an agenda forward and I have a good sense of focus, organization and setting and meeting an agenda. I understand Northern Kentucky, I’ve been here most of my life and I know that Sullivan University will connect with the people here.”