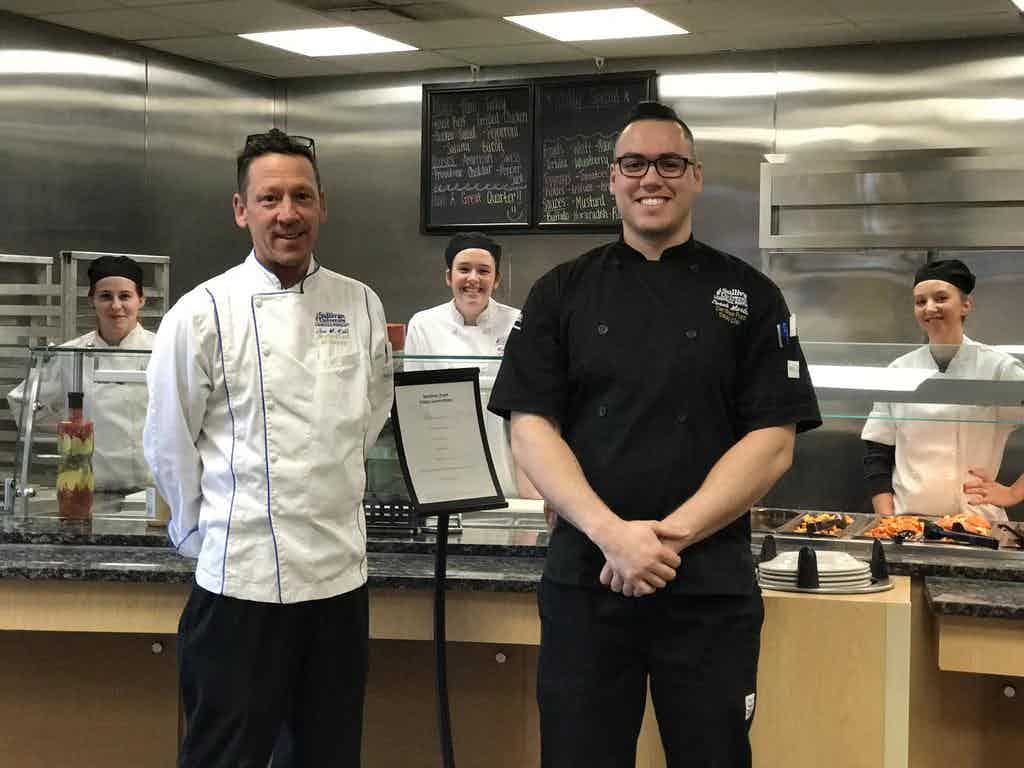 THIS LOUISVILLE COLLEGE HAS THE BEST CAMPUS DINING IN THE STATE, TOP 40 IN NATION

Students at Sullivan University are eating pretty well, according to a new ranking by Niche.com, a website that analyzes data about schools and neighborhoods.

Sullivan’s campus dining program was ranked by the Pittsburgh-based website as the best in Kentucky and placed in 31st on its 2017 Best College Food In America report, which ranked nearly 1,400 four-year colleges and universities across the nation.

Niche.com computes a grade for each school by calculating weighted survey data about campus dining from users and campus meal costs reported to the U.S. Department of Education by schools.

Eighty-five respondents to the Niche.com survey gave Sullivan an average score of 4.1 out of 5. The annual cost for a meal plan reported by Niche.com is $3,585. Meal plans are required to live in Sullivan’s resident hall, according to the Sullivan’s website.

Sullivan food and beverage operations director John Kell said in a news release that many of his 40-person staff are graduates from Sullivan University’s renowned culinary school.

“The real beauty is that this is based on how much the students like our food,” Kell said in the release. “For those of us who spend our careers making food, there is no higher praise than someone really enjoying what you’ve prepared.”

Kell’s team prepares meals for students in the university’s residence hall and main campus cafeteria and operates an in-house catering company and bakery across the street from the main Sullivan campus on Bardstown Road.

UCLA topped the nation for best campus dining in the nation, according to niche.com, getting a 4.4 of 5 score from 573 food survey respondents, but niche.com did not publish annual food plan costs. Basic food plan options total well over $4,000 a year for a basic meal plan, according to UCLA’s housing website.