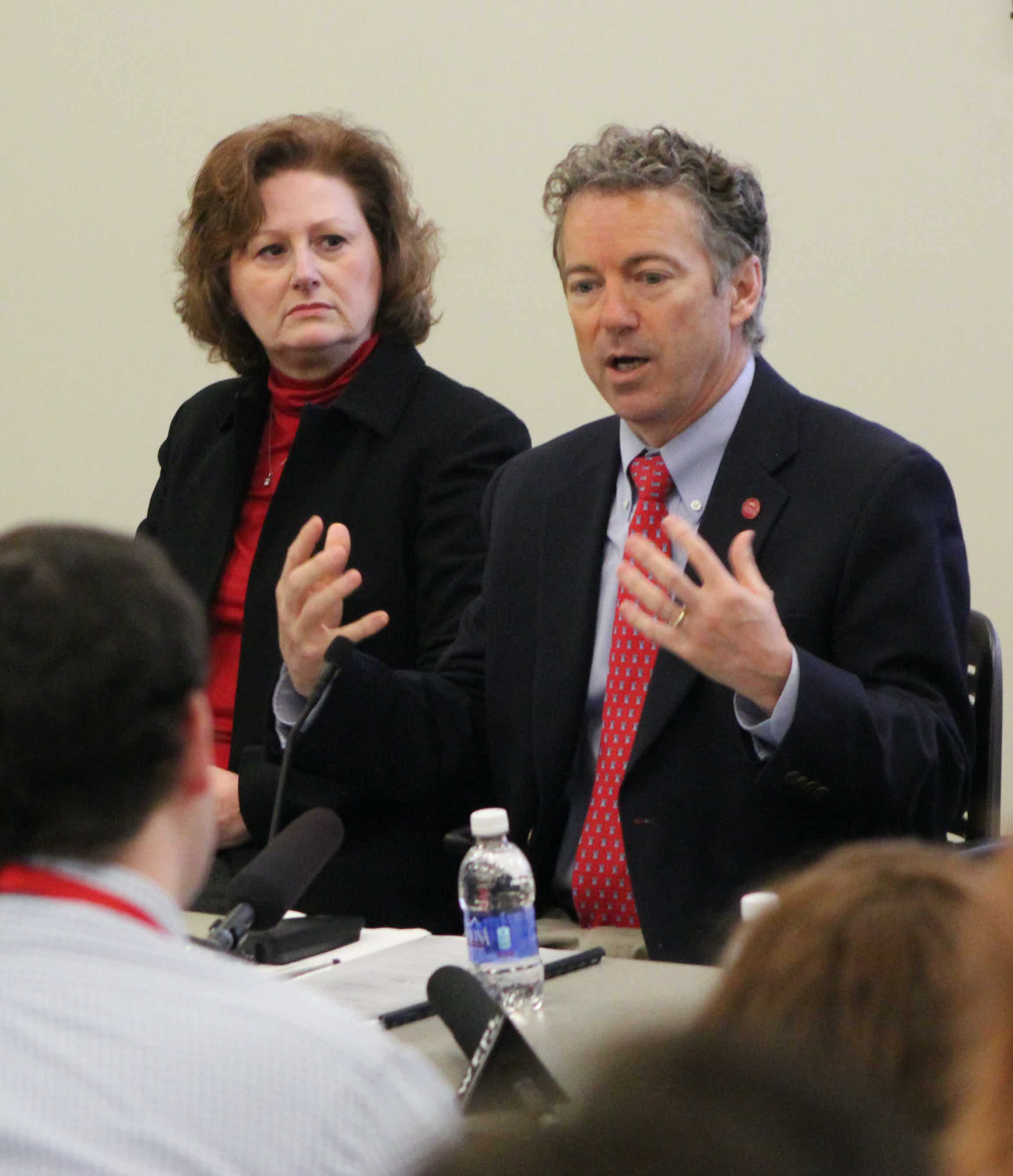 Sen. Paul has introduced the bipartisan REDEEM Act with U.S. Sen. Cory Booker (D-N.J.). The bill allows nonviolent adult ex-offenders to petition a court to seal their criminal record a year after their release from jail.

“We still have a problem when 250,000 people can’t vote in Kentucky because of felony convictions,” Sen. Paul said. “Kids should be told when they are doing wrong, they should be punished, but they should be assimilated back into society.”

The REDEEM (Record Expungement Designed to Enhance Employment) will give Americans convicted of non-violent crimes a second chance at the American dream. The legislation will help prevent youthful mistakes from turning into a lifetime of crime and help adults who commit non-violent crimes become more self-reliant and less likely to commit future crimes.

Sen. Paul said because of felony convictions, many people are ineligible to receive federal benefits such as Pell education grants for college.

“I’m not for growing federal programs,” Sen. Paul said. “The REDEEM Act does …. allow people with drug convictions now trying to make amends to have access to Pell grants and other federal programs. “

A major problem with the criminal justice system is the mandatory minimum sentences Congress enacted in the 1980s in response to the wave of crack cocaine that flooded mostly urban areas and neighborhoods.

Mike Barry, CEO of People Advocating Recovery, a Louisville-based organization that helps eliminate barriers from recovery to addiction, agreed with Sen. Paul that more judicial discretion is necessary because state and federal legislators have a pattern of enacting laws with tougher penalties.

“There is a large majority (of offenders) do not need to be incarcerated for a long time,” Barry said. “They need to be held responsible, but we need discretion in the courtroom. Continuing to punish when a person has turned their life around is unproductive to our whole society.”

Beth McMahon, Chief, Juvenile Trial Division, Metro Louisville Office of the Public Defender, said The REDEEM Act addresses the problem of adults being unable to have their juvenile criminal records sealed and expunged.

McMahon explained a common misconception is that juvenile records are automatically sealed and expunged when the offender becomes an adult.

“That’s not true,” she said. “That juvenile record can follow someone their entire adult life.”

McMahon applauded Sen. Paul for using The REDEEM Act to place the burden on the government to automatically expunge or seal juvenile records.

“This act really gets at the heart of the problem of not sealing and expunging the records,” McMahon said.

Also participating on the panel were Dan Caudill, Owner of Caudill Seed Company, who said he employs convicted felons “to give them a second chance,” and Dr. Terry Brooks, Executive Director of Kentucky Youth Advocates.

Last month, Sullivan University hosted a similar forum on The REDEEM Act that Sens. Paul and Booker addressed via video from Washington.

“Culturally, we believe in redemption, but as a society there are too many people who don’t have the opportunity to redeem themselves,” President Sullivan said. “The REDEEM Act follows with what we are dedicated to at Sullivan University – giving people the opportunities to better and improve their lives.”

The REDEEM Act was first introduced last year. Sens. Paul and Booker intend to re-introduce the legislation in 2015 and bring it to a vote in the Senate. The original press release outlining the REDEEM Act can be found here: http://www.paul.senate.gov/?p=press_release&id=1192