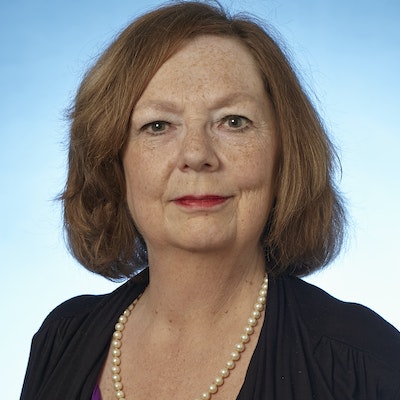 Professor and Director of Office of Lifelong and Professional Development

Professor Barbara Jolly obtained her Bachelor of Science in Pharmacy degree at the University of Missouri Kansas City (UMKC) in 1976. After graduation from pharmacy school, she joined the staff at Truman Medical Center, the primary teaching hospital for the UMKC colleges of pharmacy, medicine and nursing. She held an adjunct clinical faculty appointment at the college of pharmacy and coordinated student rotations focused upon sterile products, pain assessment and management, cancer chemotherapy, and nutrition support.

She obtained a Masters in Public Administration in Health Administration degree from the Bloch School of Public Administration in 1984. After moving to Ohio in 1987, Professor Jolly served as vice president of a hospital pharmacy management company, overseeing pharmacy programs at hospitals in Ohio and surrounding states. In 1996, she joined the staff of a large regional home infusion pharmacy where she developed further expertise in sterile products, reimbursement issues, and health care policy. Serving as the director of Clinical Support Services, she provided education for the corporation’s pharmacists, nurses and pharmacy technicians. During this time, she also worked closely with pharmaceutical manufacturers in bringing new infusion drugs to market.

Professor Jolly completed the APHA certificate program in Medication Therapy Management in 2008. Professor Jolly has a strong interest in humanitarian efforts and has published several articles on service opportunities for pharmacists. Her efforts on behalf of homeless families in the United States have been widely recognized and resulted in her being named a Kentucky Colonel in 2006.