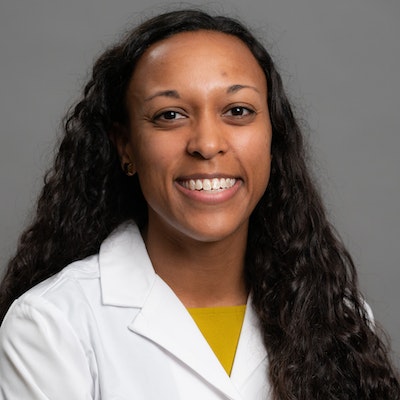 Courtney was first introduced to Sullivan University, when guest lecturing in 2019 on a general surgery topic. She was then brought on as adjunct faculty in 2021 and accepted a full-time position January 2022. In addition to her clinical duties, she teaches in the program’s didactic year covering surgical content, as well as participating in various labs and PBL-based learning for the first-year students.

Originally from London, KY, Courtney attended the University of the Cumberlands where she graduated with a master’s degree in Biology with a minor in chemistry in 2007. While at The University of the Cumberlands, Courtney played soccer and was involved in various campus activities, including BCM and tutoring program. She was awarded All-Regional for soccer in 2009 and 2010.

Courtney then attended graduate school at the University of the Cumberlands, where she earned a Master’s Degree in Physician Assistant Studies in 2014.

After graduating, Courtney earned certification from the National Commission on Certification of Physician Assistants as well as licensure from the Kentucky Board of Medical Licensure. She was offered a position before graduation with a general surgery group at Lake Cumberland Regional Hospital where she worked from fall of 2014 to Spring of 2017. She moved to Louisville in the spring of 2017 and began work with Louisville General Surgery at Norton Audubon in the summer of 2017 where she currently continues to carry out a clinical role.