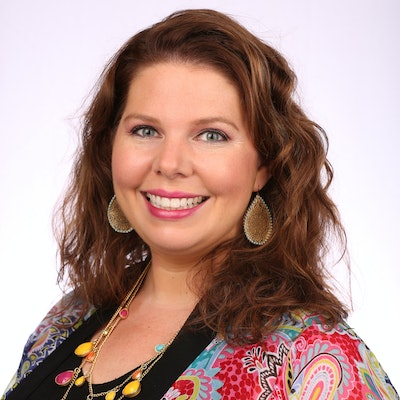 University of Louisville (Kentucky) – Ph.D. in Pharmacology and Toxicology

University of Louisville (Kentucky) – M.S. in Pharmacology and Toxicology

Frankincense and Myrrh: Determination of Synergistic Activity on A549 Lung Cancer Cell Death.

Dr. Emily R. Esposito joined the faculty of Sullivan University College of Pharmacy and Health Sciences (SUCOPHS) in 2010. She received her B.A. in Biology from Bellarmine University and her M.S. and Ph.D. in Pharmacology and Toxicology with an emphasis on xenobiotic induced fetal birth defects from the University of Louisville School of Medicine with training from the department of Molecular, Cellular, and Craniofacial Biology.

Dr. Esposito designed and developed the College’s first Aromatherapy Research and Compounding Laboratory. This laboratory cultivates a medicinal garden within the Farmington Historic Plantation which improves student pharmacognosy as well as maintains an extensive collection of essential oils which can be used to investigate cellular and molecular impact on cancer cell growth and physiological impacts on student concentration. Her novel elective course Aromatherapy Science has increased pharmacist awareness of essential oils in patient self-care and palliative care. She also serves as an associate for Collinge and Associates, Inc., an independent research and consulting organization funded by the National Institutes of Health and other sources to develop innovative approaches to benefiting public health.

Nationally, she has served the American Association of Colleges of Pharmacy (AACP) through the Biological Sciences Section as chair of the Innovations in Teaching Committee and as a member of various working committees and task forces. Within the College she serves on various committees and has led as chair the Scholarship Committee (2012-2013) and Academic and Progressions Committee (2014-2016) as well as serving as Interim Director of Student Affairs in 2012.

In 2013 and again in 2015 she was voted by her students as AACP Teacher of the Year. She strives to encourage and support students both academically and holistically by actively engaging within and out of the classroom. Dr. Esposito is the Chapter faculty advisor for American Association of Pharmaceutical Scientists (AAPS) and co-advisor for Christian Pharmacists Fellowship International (CPFI). S.D.G.