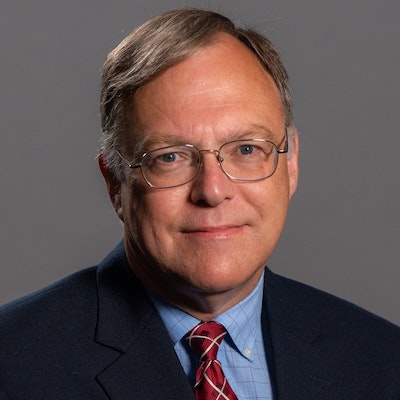 College of Business and Technology

Jim Barks graduated from the University of Louisville in 1985 with a Master of Engineering degree in Electrical Engineering and began a 25-year long tenure as a civilian Electronics Engineer with the Department of the Navy in Louisville.  During his career there, Mr. Barks was the Navy’s lead Electronic Systems Engineer during the development of an optical sight system for the Navy’s Arleigh Burke-class destroyers. Mr. Barks also worked to establish a Naval training facility for the optical sight and taught operation and maintenance of the system to both sailors and civilian technicians for fifteen years. He retired from the Department of the Navy in 2011.

In 1996, Jim Barks began his career at Sullivan as an adjunct instructor, teaching digital electronics and optoelectronics. In 2011, after retiring from his naval engineering position, Mr. Barks expanded his teaching responsibilities at Sullivan to include Mathematics, Physics, and Programmable Logic Controllers.  In January 2015, Mr. Barks was named Department Chair for Computer Engineering Technology (CET) and in 2017 he assumed the responsibilities of Program Director for Advanced Manufacturing Technology (AMT).