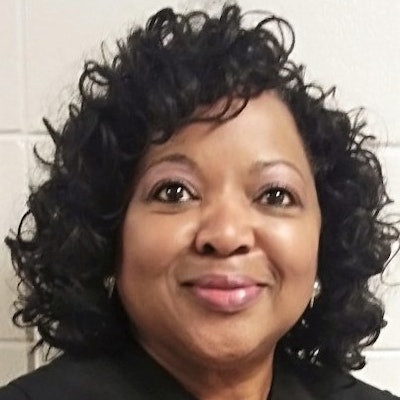 Retired Judge Joan “Toni” was appointed to Jefferson District Court on January 14, 2000, and was elected to complete an unexpired term in November, 2000. She presided in Division 13 of Jefferson District Court for the 30th Judicial District of Kentucky until her retirement from active judicial status in 2009 and then served in Family Court as a Senior Status Judge until completion of the program in 2014.

Judge Stringer graduated from the Kentucky State University with a Bachelor of Science Degree in 1978 and received a Doctor of Jurisprudence Degree from Indiana University School of Law at Bloomington in 1982. She is licensed to practice law in Kentucky and Indiana.