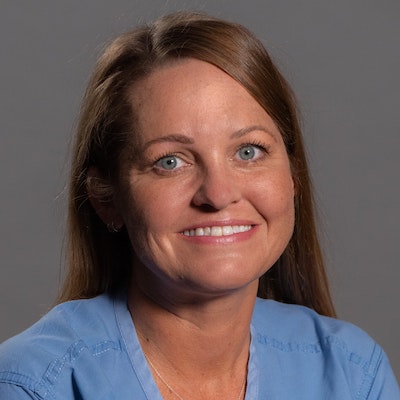 Sarah Patsfield is a 2004 graduate of the Spencerian College Surgical Technology Diploma program, she earned her CST certification in 2006, and her AAS Degree in 2008. She received her BS degree from Sullivan University in 2014. She has 10 years in community based practice and has been at Sullivan since 2006. She was selected as Director of the Surgical Technology program in September 2011. In 2017 she received the Instructor of the Year Award from the Kentucky Association of Career Colleges and Schools (KAACS). In 2017 she was also the recipient of the Faculty Mentor Award and the Faculty Innovation Technology Award for Sullivan University.