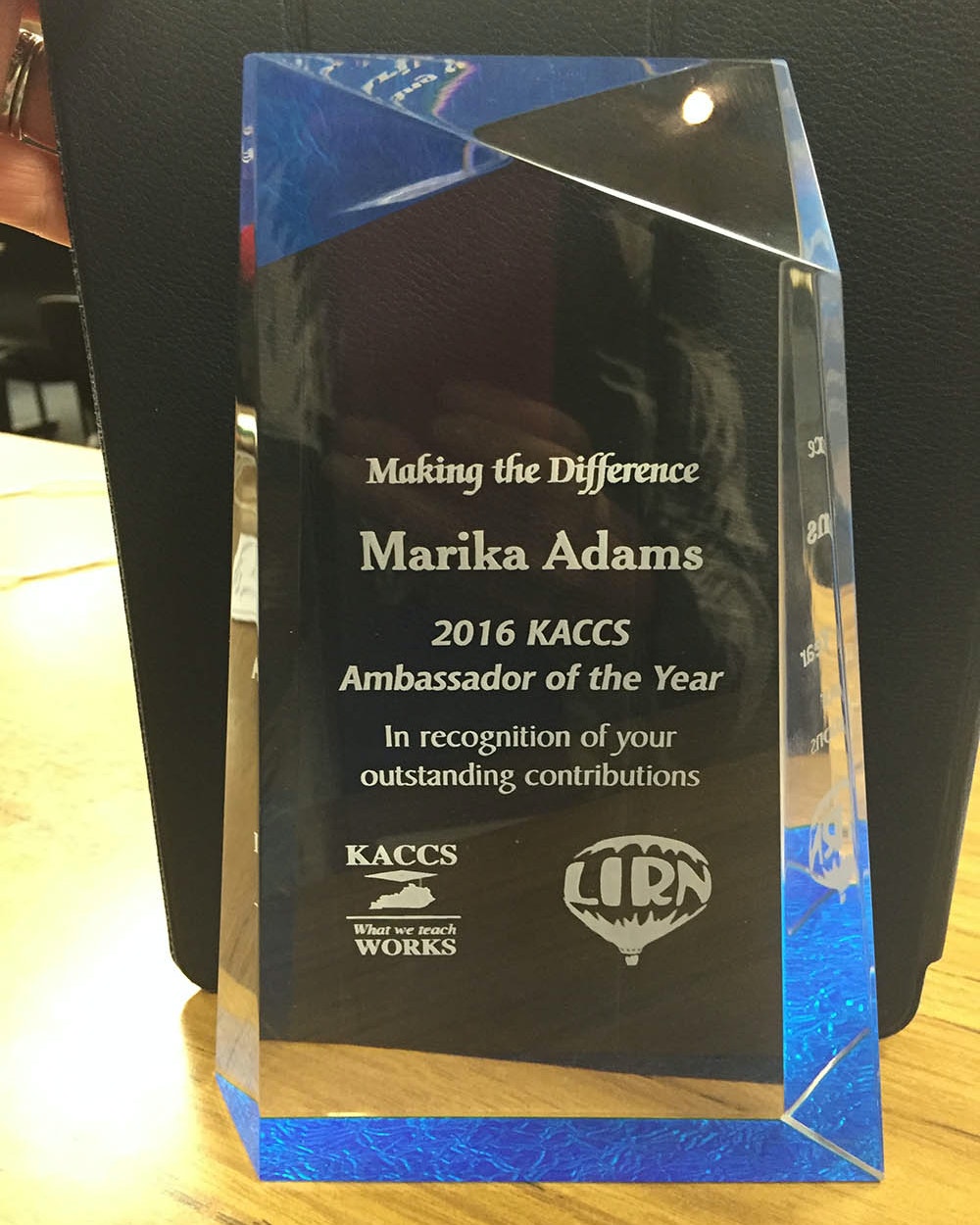 MARIKA ADAMS AWARDED AS AMBASSADOR OF THE YEAR

On August 26, Graduate School Admissions Officer for Sullivan Lexington Marika Adams was awarded the Kentucky Association of Career Colleges & School’s 2016 Ambassador of the Year Award. The award is given to an individual who excels in their efforts to strengthen their campus and build a sense of community.

Those nominated for this award were rated on their impact on their campus community, degree to which they embody the school’s mission statement, efforts in promoting their programs, working across departments, and more.

Christina Robinson, Student Life Coordinator and the one who nominated Marika for this award, stated in her nomination that “Marika Adams is a person that you can say is truly one in a million. She works alongside the campus student life, career services and academic departments to create connections for students to encourage their success.”

Campus Director Mr. David Keene went on to say “She inspires staff around her to think outside the box and be willing to try new ideas. Marika is a great leader within the Admissions department and the campus as a whole, and we are lucky to have her.”