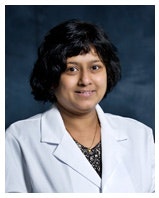 College of Pharmacy and Health Services
1
0

APS is a national organization made up of more than 10,000 researchers, scientists and educators who are interested in physiology and related fields. Under the guidance and support of APS’ national headquarters, scientists from around the state initiated a Kentucky chapter in 2012. The goal of the Kentucky chapter is to unify scientists, educators and students interested in physiology and to promote knowledge of the discipline and its application in the state of Kentucky.