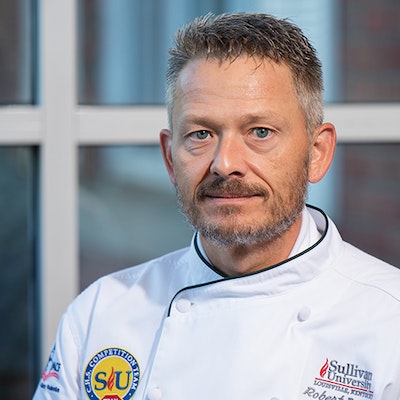 Prior to his appointment at Sullivan University he held a position as Chef Instructor/ Assistant Apprentice Coordinator at the world-famous hotel and resort property, Gaylord Entertainment Opryland Hotel. Chef Beighey was the first and only full time Chef Instructor for the 20 year, ACF (American Culinary Federation) approved, apprenticeship program. He also served as the head coach for the program's junior hot food and Baron Galand Knowledge Bowl teams, in 2001. In the spring of 1998, Chef Beighey was hired and tasked with the creation, development, and implementation of the American Culinary Federation Member Services Center at the national office in St. Augustine, FL; focused on membership and certification requests as well as culinary specific requests from the organization’s chef members.

He was a contributing SME (Subject Matter Expert) for “O*Net” (National Occupational Information Network) with the U.S. Department of Labor in 2019 and on the ACF Certification Commissions’ test writing subcommittee for the production and standardization of the organizations CEC (certified executive chef), CSC (certified sous chef), and CEPC (certified executive pastry chef) level specific written certification exams. In the early spring of 2008, he was appointed as Vice President for the ACF Kentucky Chapter; prior to this appointment he was the Membership Chair for two terms. Chef Beighey has been involved with the American Culinary Federation most of his culinary life and officially became a member in 1997. In January 2012 & 2013, Chef Beighey was the recipient of the local ACF Kentucky Chapter Chef Professionalism Award. 2011 he was the recipient of the chapter’s Educator of the Year Award and has garnered award metals in both hot and cold food competitions.

Chef Beighey has written for and been featured in Food & Dining Magazine, Louisville Edition; The National Culinary Review, trade magazines of the ACF; Adweek Online, a weekly web based trend site; The Principles and Process of Cooking, an ACFEI educational trade video; and on local TV News stations in Louisville, KY, Nashville, TN, and Providence, RI for culinary techniques and methodologies.